There has been a priest at Cottam for almost three hundred years.  The original chapel which is said to have been situated in the field opposite the present church was demolished by a mob from Preston in 1715 and the priest, Rev Gilbert Haydock, taken prisoner.  His successor, Rev John Kendal, converted a barn for use as a chapel.  He died in 1727 and was buried at Woodplumpton.

In 1745, the chapel was burned down by an anti-catholic mob following the support for the Jacobean cause by the Catholics of the area.  The chapel was re-built on its present site during the Preston Election Riots.  It is not known where services were held for at least the next twenty years but in 1793 the present chapel was completed and consecrated on 25th October 1894.  The presbytery was built in 1827.  To mark the centenary in 1893, the recess for the Lady Altar was built and the marble altar in the sanctuary was erected. 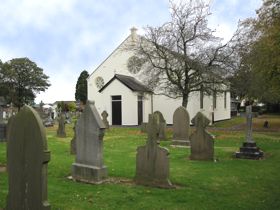 The church bell, now electrically operated, was donated by Mr W J Walmsley in 1961.  Owing to the nature of the construction of the church, an on-going problem for the last sixty years has been dry-rot.  It is hoped that improvements in heating and ventilation have now overcome this problem. 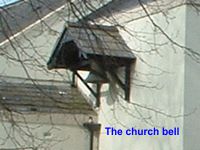 With the closure of the Parish Primary School in 1989 and letting as a Nursery School its use as a Parish Meeting Room was restricted so, in 1998, Fr W Alfred Parker commenced the building of the Haydock Room together with alterations to the presbytery adjoining the church.  This involved the demolition of the greenhouse and removal of the famous Cottam vine.  The Haydock Room has proved to be a great asset to the parish. 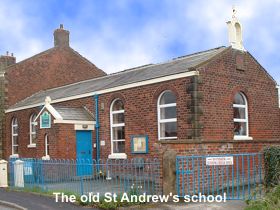 On 29th August 2000, disaster struck  when the then new parish priest, Fr Peter Clarke, was awakened to find the sacristy and part of the church ablaze.  The sacristy containing sacred vessels and vestments and the boiler house were destroyed.  The roof over the sanctuary fell in and the whole church was smoke damaged.  Fortunately, the Haydock Room – by then nearing completion – was only slightly damaged.   Services were held in the Haydock Room for some time.  The whole community rallied round and restoration work was completed in early 2001.  Other Christian communities in the area gave their support and presented Fr Peter Clarke with a chalice.

In September 2003, Fr Clarke was succeeded as parish priest by Fr Adrian Towers.